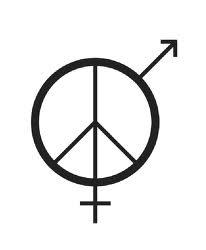 “For most of history, Anonymous was a woman.” Virginia Woolf
I suppose the typical urban woman would consider the above thought almost biblical. But the truth remains, that our voice as an entire gender is almost always driven by stereotypes. A man has to deal with only common identity issues like which place or what religion he belongs to. We, women on the hand, spend all of our lives fighting stereotypes (and add to that the normal communal and geographical ones too common to all MANkind!) Even now half of the audience reading this would probably think in their heads oh, this WOMAN is getting emotional, is becoming a feminist, and is, well, a recent word I made up – womany!
I was searching for ways of getting published (aren’t we all?) and stumbled across this blog that explains how the New Yorker and the NY times have a majority of female audiences and yet most of their writers are male. It went on to talk about how women tend to write about more personal things and these journals do not consider that as literary prowess and that women writers are “intimidated by the white male culture” as the editor of Atlantic Monthly pointed out. So the article makes two assumptions, one that women are incapable of writing big policy pieces, and second, their “emotional” articles and those with a “sexy twist on work/life drama” is not worthy of literary recognition. This coming from a country that boasts of having a woman in a key policy making position.
It is true though, we like to write about what we feel rather than what we see, but whoever said that policy decisions and strategic moves for a nation or a corporate for that matter have to be devoid of all emotion and empathy?!
Remember the times when women had to write under a pseudonym to be published? Well, by the looks of the times today, we aren’t very far from that world. (I used to think we are) There are still occupations women are “not good at”. (A stereotype we fight every single day at our workplace) Like recently a classmate of mine observed, “Women are not good traders.” Another once mentioned how “women can never understand politics.” I am reminded of how many men rejected marriage proposals because the girl was a journalist (she wouldn’t be able to do justice to her “duties” as a wife)
Now don’t get me wrong, I’m not one to stand on soap boxes and hate men for their stereotypes, it takes two to tango. If we are so upset with these stereotypes, we should just stop attempting to adhere to them! We should be content with who we are and not try to prove a point every single day at our work place. (Lesson to self!)
I’m not a feminist or a nihilist (Gosh I hate the “ist” words, they are so patronizing!). But these stereotypes (and the million others I have broken) just make me attempt to fight them just for the heck of it. And it is beginning to get tiring to try and break Plath’s bell jar. Why bother upsetting yourself for somebody who has in his head made the stereotype (unless he/she is your boss: P ). And isn’t the fact that you’re trying to prove yourself mean you yourself believe in the stereotype? I’d rather just be myself and not worry.  However, the real”IST” in me is wondering if I should just swallow my pride and write under a pseudonym, who knows the New Yorker might just find me!

One thought on “In a stereotypical world…”