Dream a little dream of me
Of a red room
Bursting at its seams
Spilling over its doom
It’s an average day
By the Hudson
Only it doesn’t end the average way
After endless conversations
She walks into the house
Kids asleep upstairs
She swallows away her petulant pout
And waits for parents who don’t care
At length the sleep comes alive
She hears noises she can’t see
She doesn’t quite know it yet
But she is dreaming a dream of me
She knows not
Where the blood comes from
For it’s just the pain that’s searing hot
Of the red that the walls have worn
It’s not often you wish that night
Takes away your breath
Not every day your soul’s fright
Makes you hope for death
Dream a little dream of me
I will make you fall to depths of hell
and set you free
He looks back at the day he wrote his first story and smiles. The books they mock him, like pictures in his mind they come back. Here he was the best selling writer in America and yet, all he ever waited for was the next vision. Every word, every sentence was a new life, a new death.
The first ever story got published in the local newspaper thanks to his mom. She was so proud, they even framed the story. He still remembers the picture up on the refrigerator. The story was your average horror story, a couple stuck in the haunted house by the river, the same one he passed by everyday from school, the same one that stopped him in his tracks every evening.
He wrote of what he saw, his deepest darkest dream, it was no more a nightmare. In hindsight, he probably should have stopped. But it was his way out, his big leap out of this world.
The next day, the baby sitter had fallen desperately ill. The writer making the most of it, wrote the story of two young boys stuck all alone inside a house.
Now, alone in his white room, he wonders, where and when should he have stopped. At which dream, should his pen have said enough. He didn’t kill them, he tells himself. They were just coincidences. Only they were not.
His stories were famous, he was a prodigy. They called him King after the popular author. The writer wondered if he too had made a similar pact. There were no bullies in his life. All the beauty had finally dawned on him. His childhood was now exactly what he wanted it to be. Uneventful. No monsters, no scary voices in the night, parks were a joy ride. In the depths of his room, he poured out all his despair and he smiled to the world, everything was perfect.
His mom could tell, she always knew there was something great in him. So she saw nothing wrong in giving herself to him, like all mothers should.
It was only his sixteenth that messed it up a little. He smiles now wondering if it was love. Can an author love a story? Enough to make it come true. It was as if he knew she was his sixteenth story before he even met her. 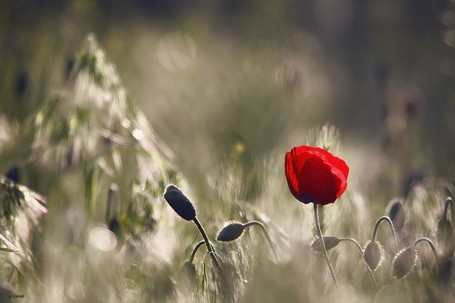 That was Anna, everyone loved her even though she perhaps wasn’t the best looking in the room. Her fierceness just took everyone along in her storm. She was mad at everything and yet loved life. It was almost as if she knew no fear. Her story was real. The Writer still doesn’t know if his story came first or the night came after. He tells himself it doesn’t matter. Only it does.

He had always been a scared child. Even before he had known of existence he had been scared of things. He assumed the worst when his father drove him to school. His mother protected him of all things evil for she knew there was something about him; something that bordered on greatness and glory. She had dreamt of the best things for him. And, fate as always obliged. Now, 30 years later, Writer thought how true his mother was when she saw all these things for him. He briefly smiled at the thought of his brother making fun of him. “A Wuss!” he would call him, “A pathetic little baby! Afraid of the dark! Afraid of everything!” What irked his brother the most was the friendly ear their mother used to give Writer. “You will never be like him.” she used to say.
Little by little the affections started seeming like a terrible curse to Writer. Every time his mother would take his side, the punishment would reach him in the dead of the night. He still recalls the ugly dark and jeering face of his brother in the middle of the night. The smile widened. How afraid he had been! How terribly afraid of the dark!

“They….will…catch…you!” his brother chided. “They will catch the little Writer and KILL HIM!” The fear paralyzed him. When you are ten, you believe everything your brother says. Writer remembered the days he would hurry under the bed hoping his brother would leave him alone. He began to hate his mother for inflicting the pain of her affection on him.
Years passed under this torture, Writer still afraid of everything wrote of the beauty he was missing. That one day he wouldn’t be scared of roaming the nights and actually embrace the moonlight. He wrote of the thrill of riding the bikes in the parks like other children. He wondered what it would be like to not be afraid of falling. He wondered would his world have been different had he not been scared of making friends in the neighborhood.
Life had dealt him a tough hand, he told himself. Why else would his hands shiver at the mere thought of stopping somewhere on the way from school?
But nothing stays; everything is taken away by time. One fateful walk in the park changed everything for him. The day had gone well, as far as good days go really. His brother hadn’t found the right moment to pick on him; his bus had broken down so he was in fact walking in the park with his schoolmates. He was almost close to enjoying the fine view of the nature that had evaded him for so many of the days.
Suddenly, it seemed like the voices of laughter around him were gone. “You are still afraid. Aren’t you?” someone whispered. “Still afraid of the dark?” he asked. It was his brother’s voice. Only it wasn’t his brother speaking the words. How could he? He was miles away at his football game! “Come with me to the woods and you will never be afraid. All you have to do is ask. Imagine! A life full of power! The power to instill fear in those who scare you! The power to overrule the ones with the jeering dark faces! All you have to do is…write! Spread the word, the stories of the darkness you see! The darkness their minds seek. Come with me and you will be the fearless and the great!”
The writer wondered, could this be real or maybe his forlorn mind conjuring up another spell to cast him off his fears? But the more he thought more he got convinced of the deal. It was almost as if the voice could read his mind! It could tell what he was seeking. The power to make others feel the fear he would feel. The power to spread stories of horror and mystery.

He heaved a long sigh and asked, “What do I have to do?” “Nothing!”, The voice said. “Just write what you see.”
That night, tucked away in his tiny room, he waited in the darkness for his brother’s voice.  The room came alive in the night, emptiness turning it red. With a bated sigh, he picked up his pen and without a thought began his journey.

Error: Twitter did not respond. Please wait a few minutes and refresh this page.